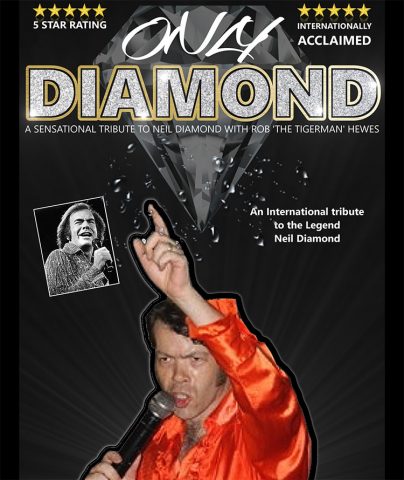 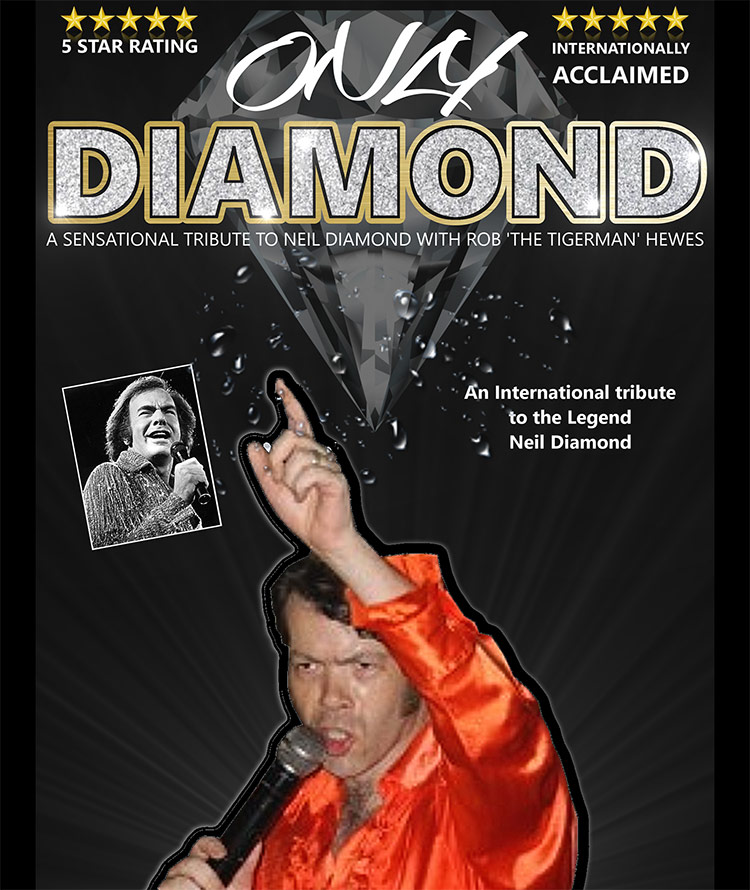 Rob started his career 7 years ago in Essex where he was born. He was an instant hit with his venues. His rapore with his audiences was loved everywhere he went. From Essex to Kent and Brighton and Hove he was known as an energetic performer and a true tribute to Elvis.

Even before he became professional, Rob studied everything about Elvis from his voice and moves right down to his mannerisms and his charismatic nature with his thousands of fans whilst performing on stage. In the 7 years that Rob has been pro, he has not only extended his fan base and been constantly asked to return to venues nationwide but more recently has been invited to enter competitions up and down the UK. Rob has constantly scored high in these events proving to himself and to his fans that he has become respected by his peers and influential people on the circuit, some of which knew Elvis Presley personally.

As a Neil Diamond tribute, Rob does all the staple hits from America and I Am I Said, up to and including the latest versions of I’m a Believer and Sweet Caroline.

This Neil Diamond tribute artiste is available to book throughout The Midlands and beyond.