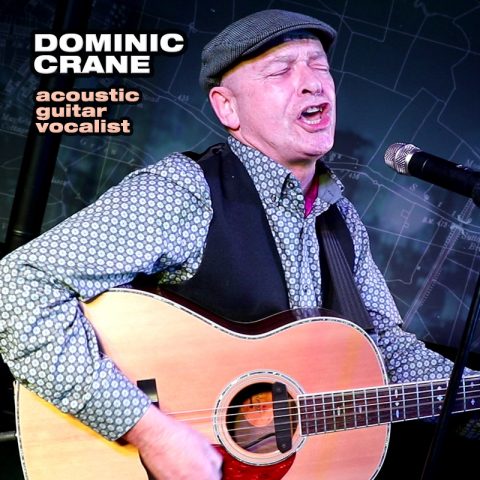 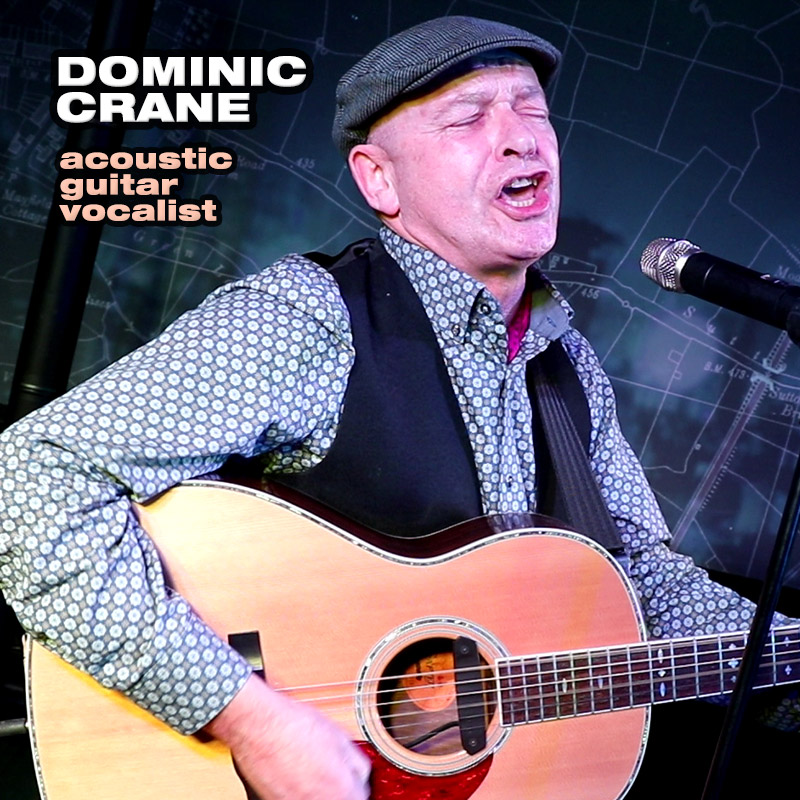 Dominic Crane has been strumming and singing his heart out to audiences of all ages since he was 13; putting his own rapturous spin on popular favourites around the pubs and clubs of Britain. Whether he’s crooning the tear-jerking pathos of ‘Fields Of Athenry’ or belting out ‘Delilah’ with all the camp abandon of a 1930’s Berlin Cabaret act, Dominic totally relishes the responsibility of connecting with and entertaining his audience, be it 20 regulars down the local or 20,000 New Year's Eve revellers in Centenary Square, Birmingham.

Dominic’s repertoire includes many popular Irish favourites which never fail to work perfectly with pub and club audiences for their memorable and infectious sing-a-long choruses. Always looking to add new suitable songs to his repertoire, Dominic is happy to learn one of your favourite songs if requested with your booking.

“It’s more than a job”, insists Dominic “It’s a privilege and an honour to be able to perform and hopefully touch the lives of people who are looking to have a bit of fun and a break from the routine of work and commitment”.

Wow, what great songs! I was playing along at the side of the stage. It's a real treat to have Dominic opening for me. The audience really loved it too. SHARON CORR, The Corrs.

Dominic is also an original artist; recording and releasing his own material particularly throughout the 80s and 90s, with singles and albums released through Warners, Virgin and Island with his bands Rumblefish, The Boatyman and Low Art Thrill.

Over the years Dominic has opened for many acts including George Ezra, J.P. Cooper, Mike and The Mechanics, Nick Heyward, Sharon Corr, Boo Hewerdine, Ian McNabb, Pete Wylie and Roachford.

'American Tan' – Wow! Such a beautiful song. It would be lovely to have more people hear his fantastic songs. Always room for good music in the world. NELL BRYDEN (Recording Artist & Broadcaster)

Just like The Move, Jeff Lynne and Black Sabbath, he is an integral part of the music machine that beats beneath the heart of Birmingham. LIVERPOOL SOUND AND VISION.