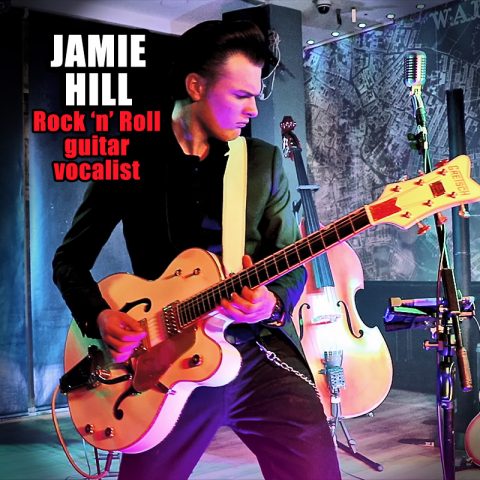 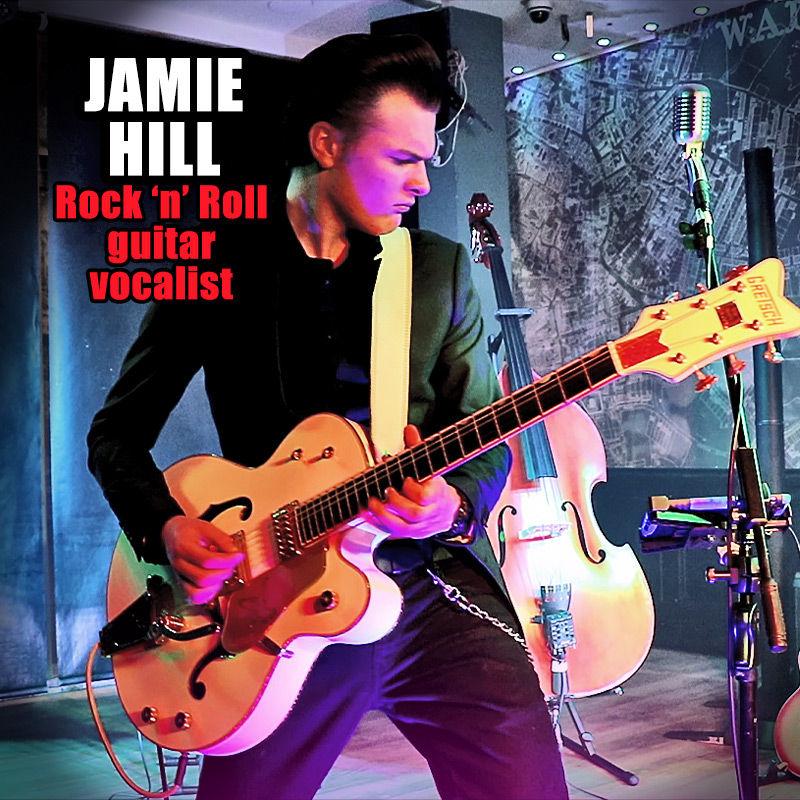 Jamie Hill is an award-winning guitar vocalist with double bass thrown in for good measure, making a truly lively nights’ entertainment. Jamie lives for his music, he had his first guitar at age of 6 when he fell in love with Rock 'n' Roll and Rockabilly music and he's been playing ever since.

He has now added many classic rock and dance numbers from the 60's to the present day to his set-list in order to appeal to a wider audience.

In 2018 Jamie was lucky enough to be selected for a Youth Award by the Worcester and District Entertainments Secretaries Council, this proved to be a springboard leading to many more opportunities.

He has since performed at many festivals including The Crick Music Festival, GlastonBeoley, Morton Stanley Festival in Redditch and the Salt Festival at Droitwich, to name but a few.

Jamie Hill regularly performs at private parties and in many local pubs and clubs. He is currently continuing his musical career by studying music at South and City College Birmingham.