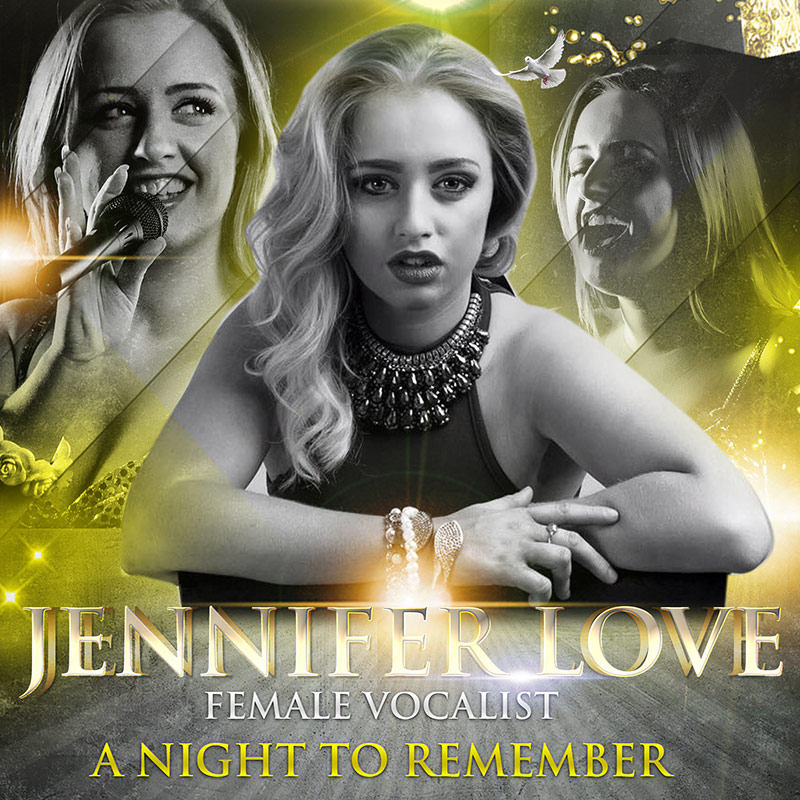 Jennifer Love is a young, fiery and vibrant vocalist. Labelled as ‘Little Miss Dynamite’, she is packed with power and confidence. Gifted with her vocal gymnastics, Jennifer is one of the sought after vocalists on the circuit.

With a wide repertoire covering hits from Cilla Black, Four Seasons, Doris Day, Billy Ocean, Adele, Beyonce and Olly Murs to name but a few; you are guaranteed the best night's entertainment.

Jennifer Love has vast experience in performing and entertainment. From the North West, Jennifer has been all over the UK and abroad. Working the circuit since 2012, Jennifer has performed in many prestigious venues such as Blackpool Tower Ballroom and the Winter Gardens Blackpool. Her talent has taken her across the seas where she spent two months singing in Spain and the Canneries.

Prior and alongside this, Jennifer was a part of the Youth Music Voices London Olympic Choir and sang in venues such as The Royal Albert Hall, Hyde Park and the Olympic Velodrome, also providing backing vocals on the official London Olympics Charity song, 'One Vision', whose main vocals were Alfie Bo and Kimberly Walsh. She has been part of a wedding function band and a girl group who appeared on X Factor.