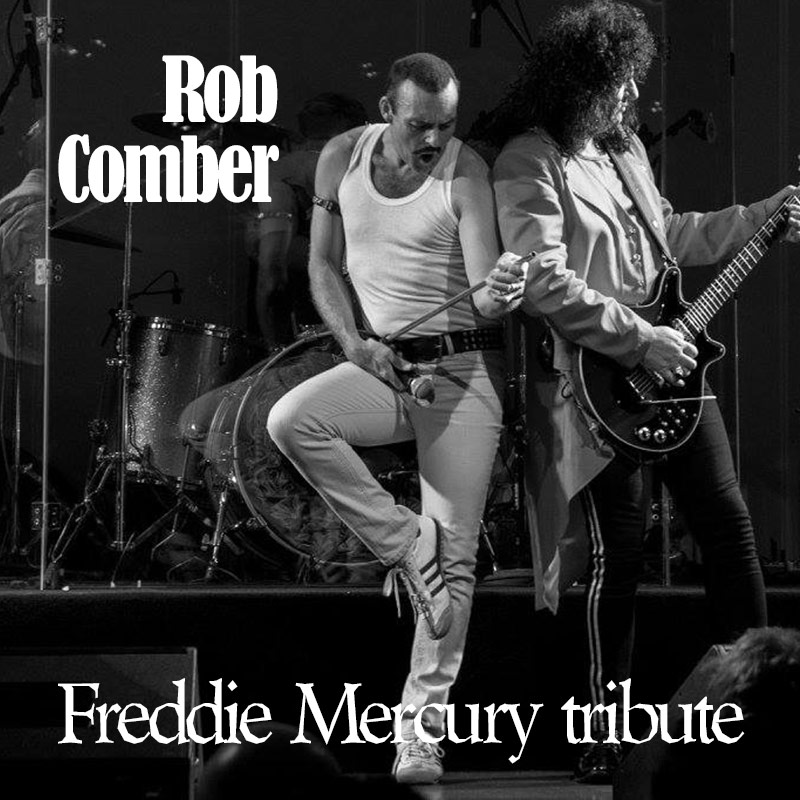 Rob Comber is the frontman The Bohemians, a Queen tribute band, and you can hire him as a solo Freddie mercury tribute.

The Bohemians are a long established Queen Tribute (since the late nineties), and Rob has been singing with them since 2004. Their Queen tribute show has played all over the world, extensively in the UK, periodically toured Europe with Orchestra/Choir and have performed on cruise liners such as Royal Caribbean, P&O and Cunard.