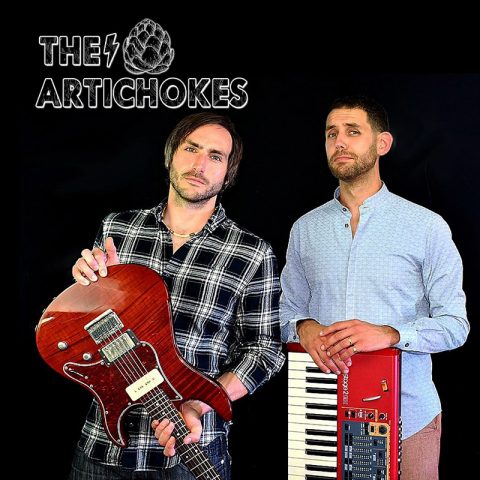 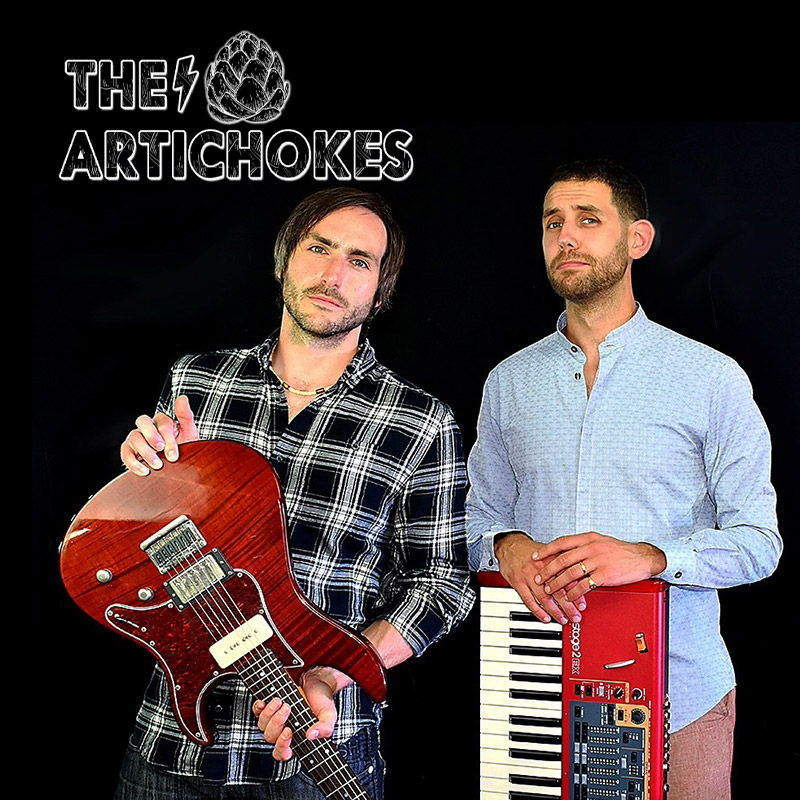 Tomm and Hugh deliver a mighty rock experience, making more noise than you thought possible from just two people! Featuring Guitar, Drums, Bass, Keys and soaring vocal harmony, look no further than The Artichokes to provide you with unforgettable entertainment.

The Artichokes duo are a classic rock band hiding in the form of a duo. Between them Hugh and Tom cover every part. Hugh plays a self-made hybrid drum kit with his feet whilst covering bass and lead lines on split keyboards. Tomm plays shredding guitar riffs and licks, whilst both offer big rock vocals and harmonies.

In short the Artichokes are a rock band packed down to a duo. Having only started in 2019 they bring together their combined experience of years in the industry. They have already had a run of incredible gigs and are being brilliantly received and reviewed.

“I love rock and roll...and I love the Artichokes! Banging set full of sing along classics. I had a great evening, the duo are energetic, funny and so talented!” Georgie V.

“The artichokes played at the Hilltop Farm Beer and Cider festival this year and were fabulous! They played all the rock classics, pitch perfect and everyone loved it. The crowd were all dancing, they really got the party going, and we’ve had loads of people say how great they were. Thanks so much guys - same time next year?” Lottie E.

“Fantastic night at Muddy Oar on Saturday, what a great entertainment, thank you guys for brilliant music, everyone loved it!” Muddy Oar Bar.

“We had the artichokes play at our pub Saturday, what a fab night! With a real mixed audience, there was something for everyone and a great night had by all, can’t wait to have them back. The house was rocking, the only downside was when they stopped Playing!” Rebecca T .

“The Guy's played my venue The Kingstanding Inn on Saturday 22nd June great act played something for everyone and we will defo be having them back” John M.

“Amazing band! Great 80’s classics as well as the current top 40. So much fun and great entertainment.” Daniel B .