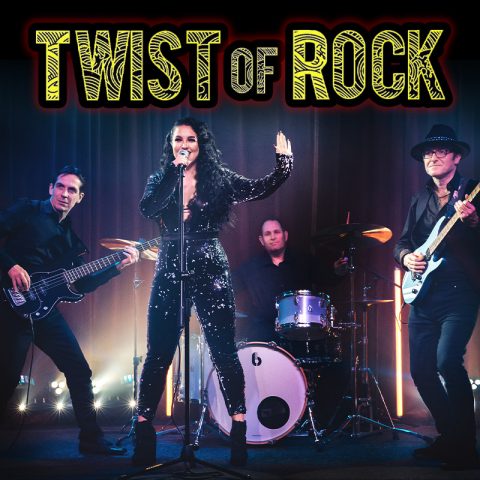 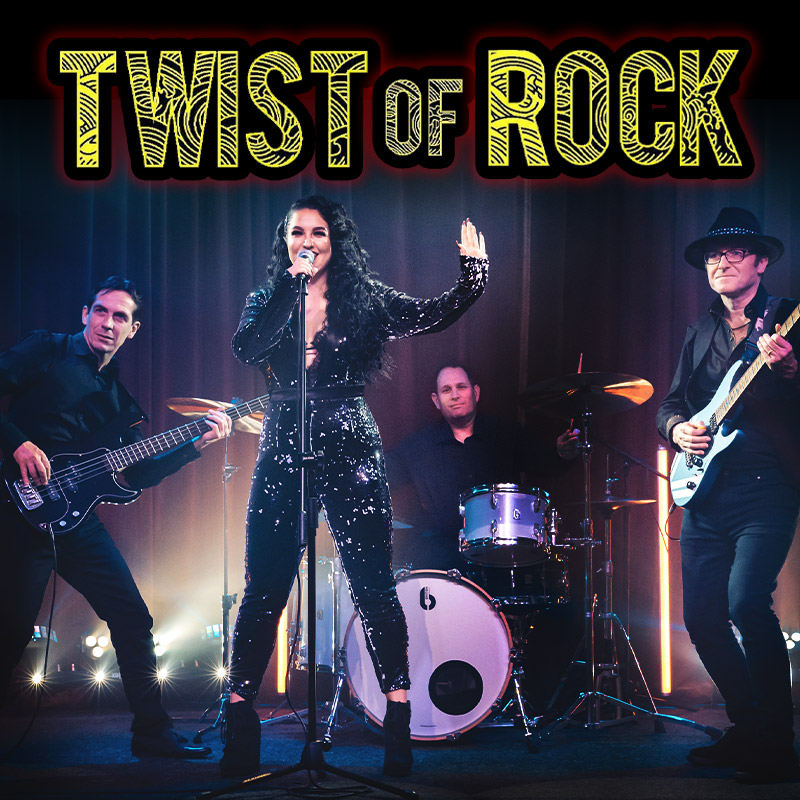 Twist of Rock is a 100% live 4 piece professional function band formed in late 2019 around the internationally-acclaimed lead singer Rebekah.

They are known for ingeniously rocking-up the dance classics of Pop, Indie and Funk, and they've carefully chosen their repertoire to appeal to all ages and to keep the dance floor filled from start to finish.

Twist of Rock are happy to adjust their set-lists to best suit an event or venue and can add a few of your favourite songs at no extra charge.

Rebekah was born in Scotland but studied in London at the Italia Conti Academy of Theatre Arts. Rebekah's biggest achievement was performing off-Broadway as a lead vocalist in Celtic Nights with the show also being broadcast on PBS all over the USA. Rebekah has gone on to tour all over the world.

Conrad cut his gigging teeth in the early 2000s playing with several bands throughout the UK. In 2013, after a year in originals bands in London, he spent a year on the high seas around the world as part of the house band on Fred Olsen and P&O cruise ships.

David has been playing guitar since the age of 8 and initially studied folk, classical and jazz guitar before discovering rock and blues music in his teens. He went on to play in numerous rock and jazz/blues bands over the years playing everything from AC/DC to Gershwin.

Craig is an outstanding drummer with years of live and studio experience. He's played with amazing bands all over the country and is a member of The Supercalas. Gigging since the age of 11, he still absolutely loves every gig and the buzz he gets from it.