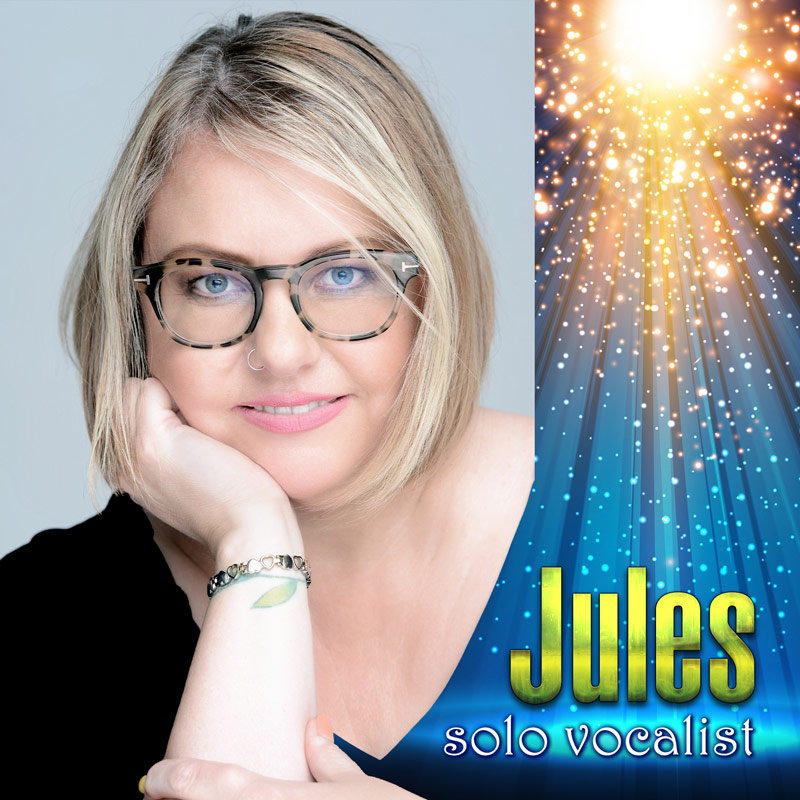 Music is Jules’s life, and she sings with soul and passion. From a young age, she sang in various choirs before going on to perform lead roles in musicals and church worship to great success. She excelled academically, achieving Grade 5 Piano, Grade 6 Music Theory and Grade 7 Clarinet.

In 2017, Jules joined a function band as a backing singer, performing soul, funk and disco numbers. Together with her drummer husband, they formed a band called Jadi, covering soul, funk, ska, reggae, blues and rock classics. Encouraged by her partner and several singer/musician friends, she embarked on a career as a solo vocalist.

The Beatles are Jules’s favourite band, but she particularly loves Amy Winehouse’s songs and style. Song choice is everything and Jules’s sets range from the 50s up to the present day.