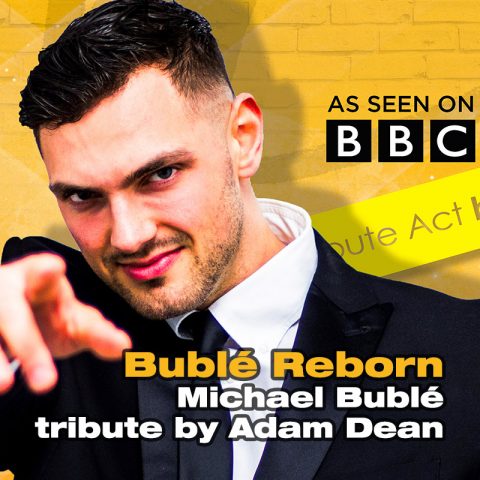 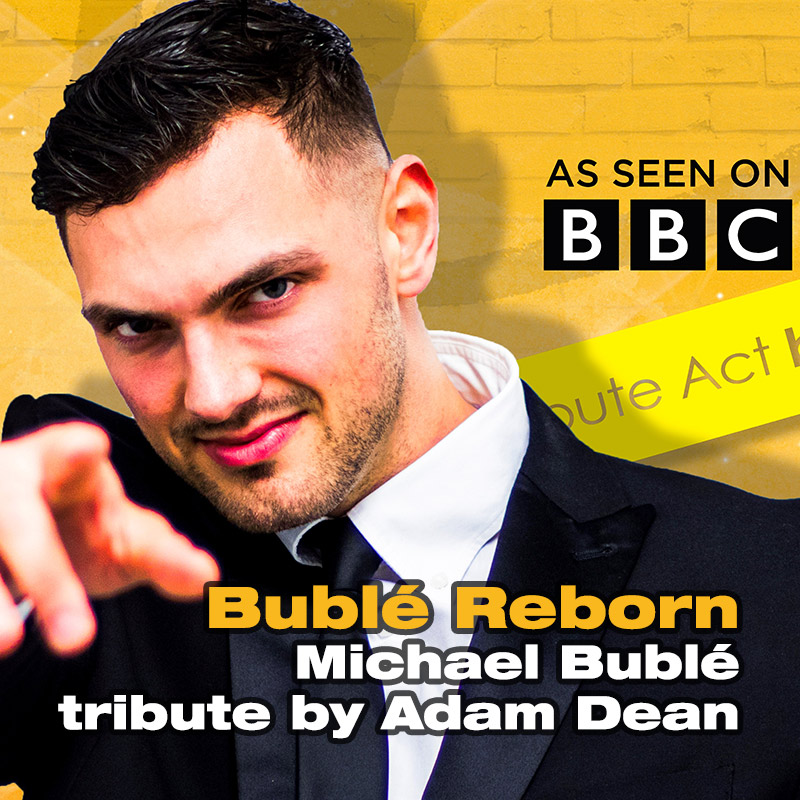 Adam Dean as Buble Reborn is becoming the most sort after Michael Buble tribute act in the UK. Adam started his Michael Buble Tribute act at the beginning of 2014 and in such a short time he has performed with an 18-piece band, raised near to £8,000 for 2 charities, has been on two radio stations singing live, featured in the Birmingham Mail, offered international contracts, headlining a 2 day live music festival and he is now working with the British Academy of Songwriters, Composers and Authors who have worked with artists such as Elton John, Gary Barlow and Sir Paul McCartney.

This Michael Buble tribute artiste is available to book throughout The Midlands and beyond.