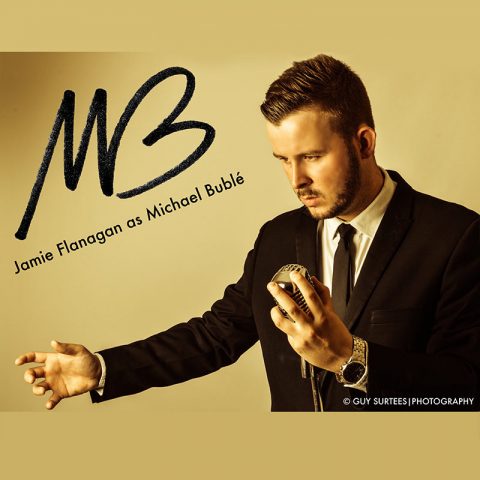 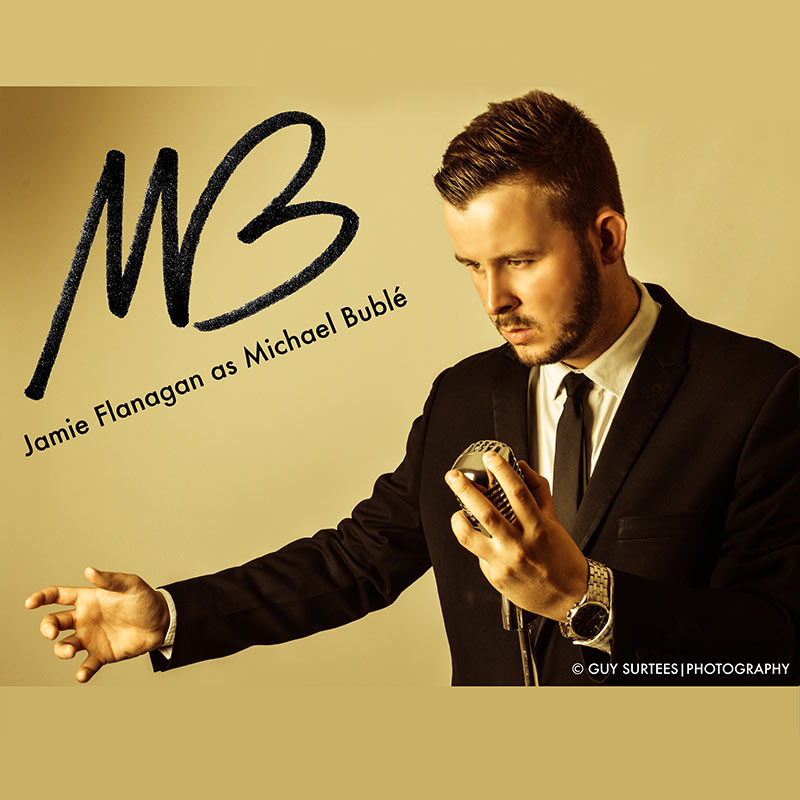 Solo artist Jamie Flanagan has perfected the style and sound of his music act idol, Michael Buble. Embodying the charm and stage presence of one of the biggest Canadian solo artists in the world Jamie Flanagan beautifully performs the crooner classics, ballads and big band swing hits that Bublé himself is best known for.

Following a win at a talent competition Jamie has gone on to establish himself as one of the most impressive Michael Buble tribute solo artists in the UK. With a packed diary and tour that spans across Europe Jamie Flanagan is one of the most sought after music acts available for hire for weddings, club venues, private functions and Cruise ships, Jamie has worked tirelessly to create one of the UK’s best tributes to Michael Buble with an uncanny vocal resemblance to the man himself.

With a solo artist set list that includes everything from The Way You Look Tonight to New York New York and Ain’t That a Kick in the Head to a fantastic swing cover of Oasis’ Wonderwall, Jamie Flanagan could be the perfect choice of music act for your corporate event or to brighten up your after dinner party!