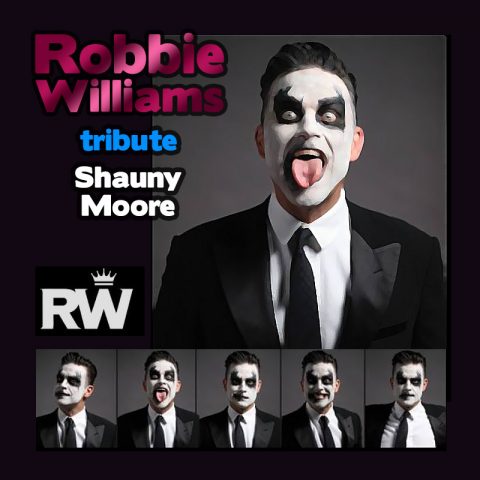 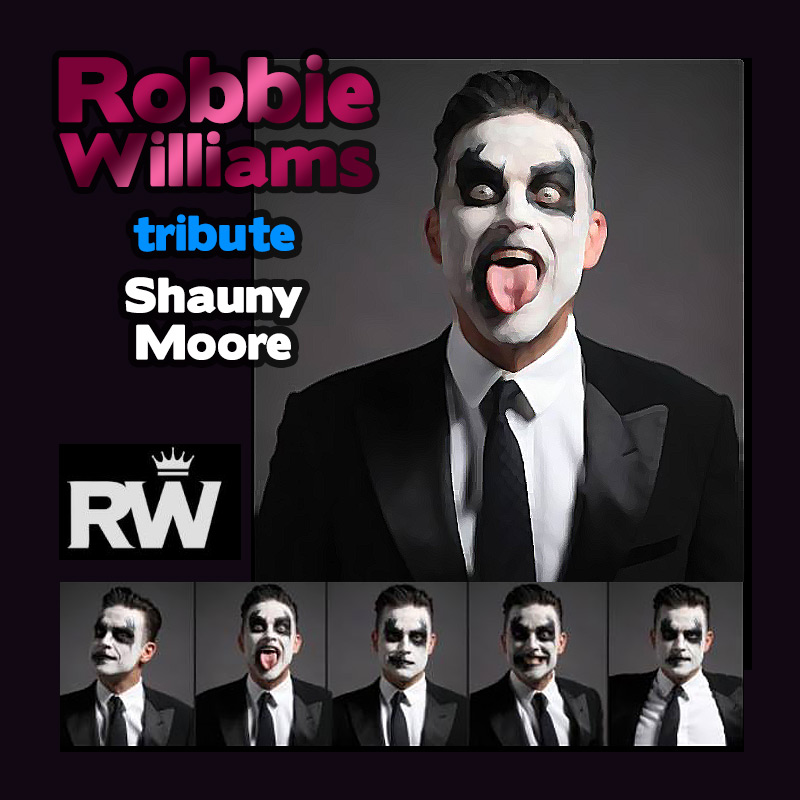 Shauny Moore performs his tribute show to Robbie Williams. A night packed full of classics, high-energy and commitment. Shauny mimics Robbie's mannerisms and looks, sounds and fully embraces the persona of Robbie so much you will question if he actually is performing live.

With so many songs to perform you get classic after classic. Shaun also performs a very special Christmas Show covering all the classics, songs from Swing When You're Winning and of course Robbies very own Christmas Album.

Shaun has taken his show all over the UK and Europe performing in some truly breathtaking venues, leaving audiences mesmerised.

Shauny Moore is a self-contained solo tribute artist based in The West Midlands and has performed at all types of venues and various audiences. He has a very wide repertoire of songs and can cater for all audiences - Soul and Motown, Pop, Rock, RnB, Country and Swing. Shauny can also provide full Disco setup with different lighting shows making your event a day you'll never forget.

Shaun is also available to book as a Bon Jovi tribute, a solo UB40 tribute and his Swing Show.