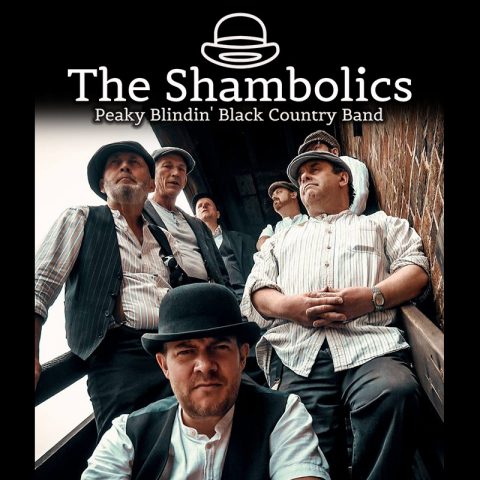 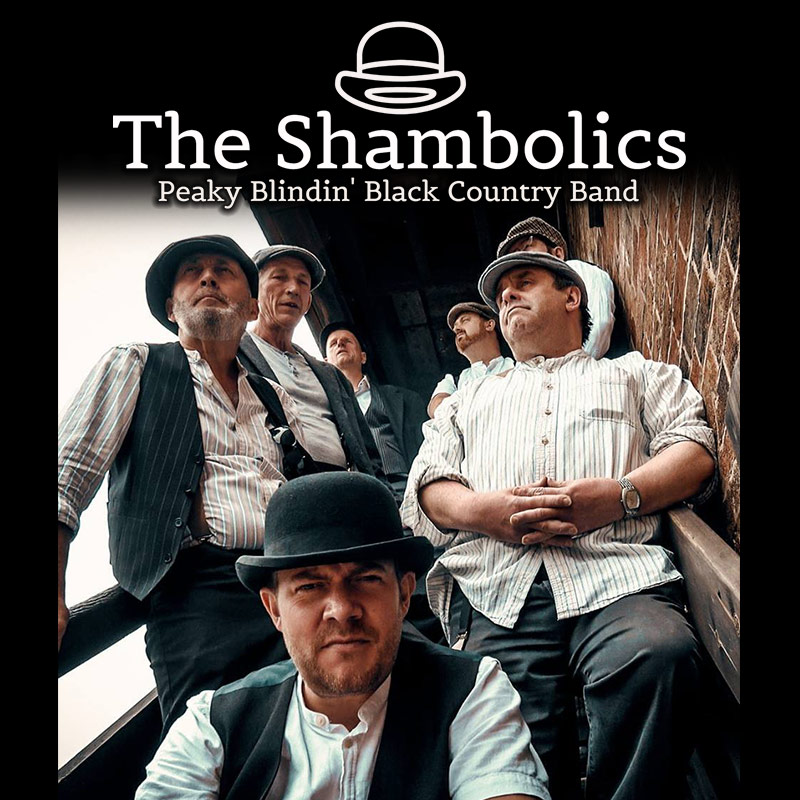 The Shambolics are one of the Black Country's most popular bands. Dressed in turn of the century Black Country attire, they play a mixture of genres; country, rock n roll and rhythm and blues.

Well known all over the Black Country for their high octane, energetic live shows guaranteed to have people dancing all night long. Front man 'Chief' loves singing, dancing and shaking his tambourine. With gravelly vocals, a cheery nature, high-energy and great stage presence; he's a force to be reckoned with. They're a Peaky Blindin' Black Country Band!

The Shambolics gradually formed and expanded during numerous jam sessions at a pub in Lyde Green, just playing music for fun. Various talented musicians came to the jam night, joined in the fun and joined The Shambolics.

With 4 vocalists, an acoustic, rhythm and lead guitarist, a harmonica player, a bass player, a drummer and sound engineer as standard, they became the accomplished, professional function band they are today.

Saw this band last night at Brierley Hill Civic Hall, and they were brilliant, very entertaining and professional. Thank you for a great night. Paula H. June 2019.

Other songs in their repertoire: