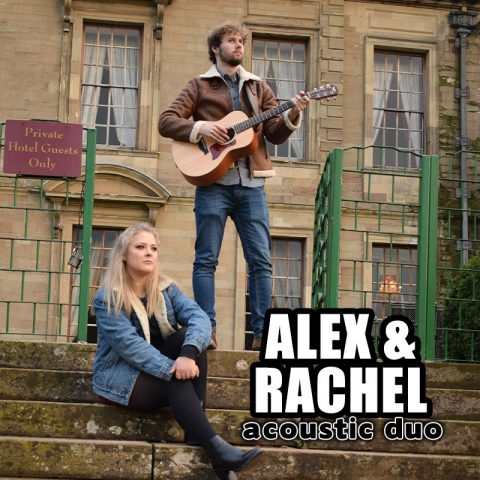 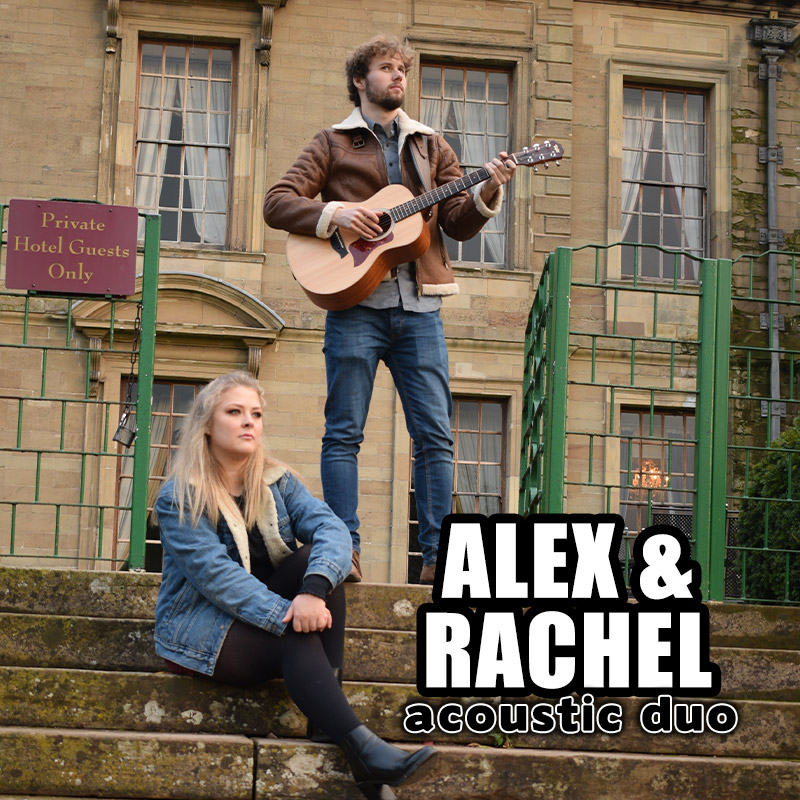 Alex and Rachel are an acoustic duo performing a wide variety of classic hits from multiple music genres - ranging from powerful ballads such as Leonard Cohen’s Hallelujah to upbeat groove tracks like The Beatles’ Daytripper. Expect a head turning eye-catching show guaranteed to get an audience singing along.

With a total of over 20 years experience in the music industry, Alex and Rachel have combined talents to produce a unique performance. Alex has been in multiple professional gigging bands over the years playing alongside many successful artists such as UB40, Feeder and Peter Andre at a variety of different festivals and venues countrywide. With experience as a sound technician as well as a pit musician Alex has spent the past 10 years studying and gaining experience in all aspects of music industry.

For 7 years, Rachel was part of a 4 piece vocal group who reached The Six Chair Challenge on ITV's The X Factor 2016, performing at Wembley Arena. They also reached the National Grand Final of Open Mic UK 2015 (NEC, Birmingham) and supported Union J at The Benn Hall in Rugby.