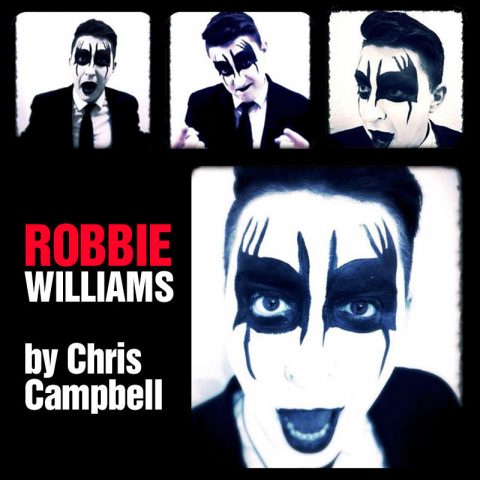 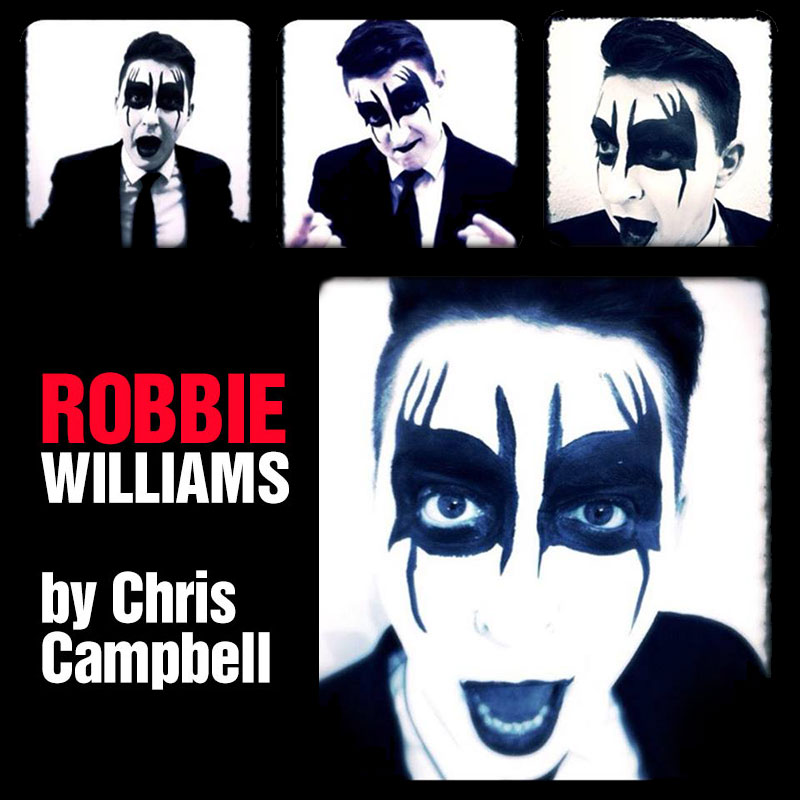 Chris Campbell as Robbie Williams is a world-class tribute to the British pop superstar. He is without a doubt the most in-demand Robbie tribute In the country.

The show is a must see for any Robbie fan Chris delivers his tribute to pin point accuracy with his high octane hit packed show featuring Rock DJ, Candy, Angels and many more other show highlights include swing performances from both swing albums and take that floor fillers to guarantee a great atmosphere with anthems like Relight My Fire, Could It Be Magic and The flood.

The show can be booked as 1 or 2 sets and is self contained with state of the art Bose sound system and lighting...all costumes are tailored by the same people who make Robbie's and are exact replicas to give you the most authentic Robbie Williams experience.

In April 2017, Chris supported 5ive at the Forum 28 theatre in Barrow-in Furness. It was a sold out show. He is also supporting S Club 7, Brian McFadden and Atomic Kitten in August 2017.