A tribute to the ULTIMATE LEGENDS by Paul Tayler 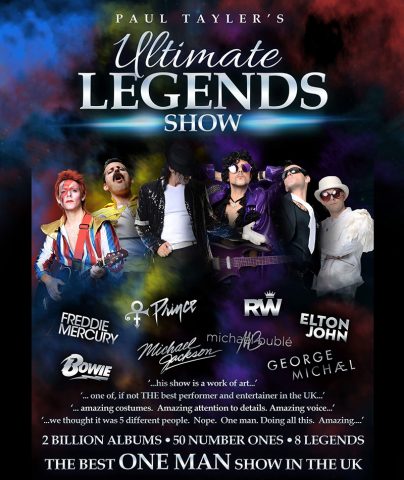 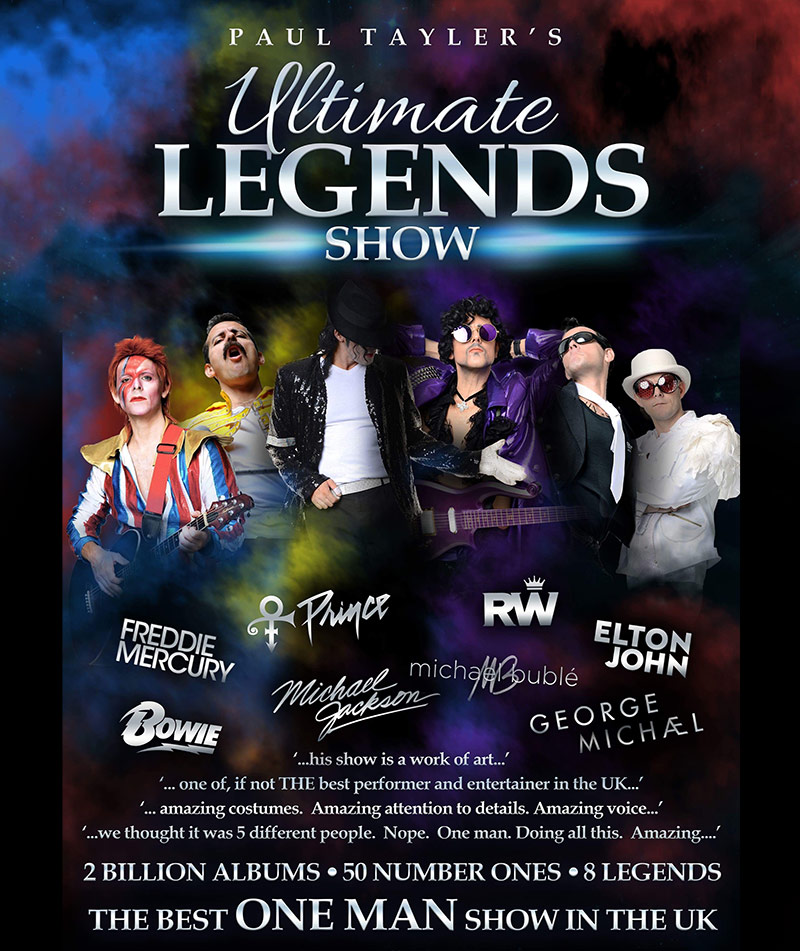 4 icons of musical history, brought to the stage in one epic show, with 16 costume changes, reproducing all of the dancing and choreography, the voices and mannerisms, the best songs, the atmosphere with a production that no other solo artist can provide; Featuring a video wall with clips, duets, dancers, pictures, interactive elements, pyrotechnics, disco lights and more....