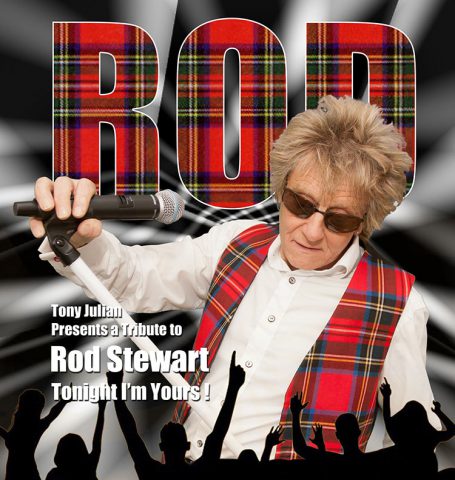 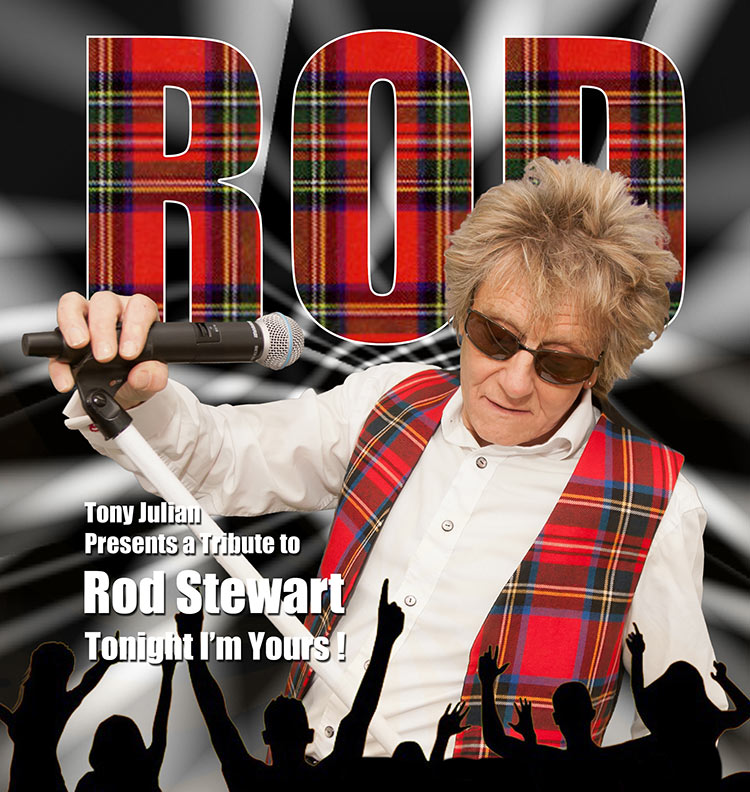 With the looks, the moves and the uncanny voice, Tony Julian's dynamic Rod Stewart Tribute is as good as they come with audiences all over the UK enjoying the kind of performance second only to Rod Stewart himself!

Being the same age, Tony's Rod Stewart Tribute act is based upon how Rod performs now with sharp suits and smart dress but with all the same moves. Add to this the looks and the indistinguishable singing voice and you have a tribute act that truly stands out!

Tony's Rod Stewart Tribute act is completely self-contained, supplying his own lights and professional sound system capable of filling any venue with high quality sound. Unlike a lot of tribute artists, Tony doesn't take the stand-off approach regularly getting into the crowd and getting everybody involved in the night.

Out of all his nights Tony enjoys his tribute to Rod Stewart the most. With repeat performances up and down the UK he is regularly greeted by fans who have enjoyed his act before and by the end of the night there is always new fans asking where he will play next. Whether you are a die hard Stewart fan or just looking for a night of great music and entertainment, Tony's Rod Stewart tribute act will never disappoint.

This Rod Stewart tribute artiste is available to book throughout The Midlands and beyond.