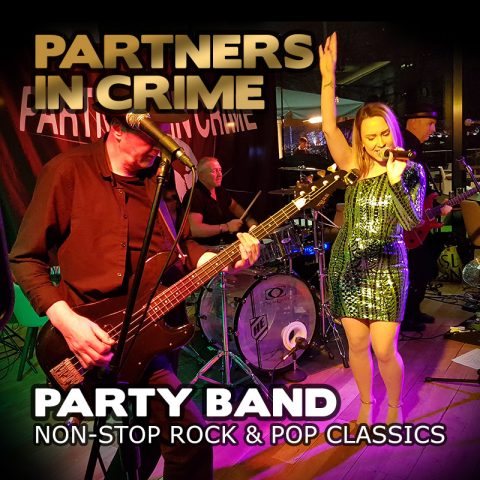 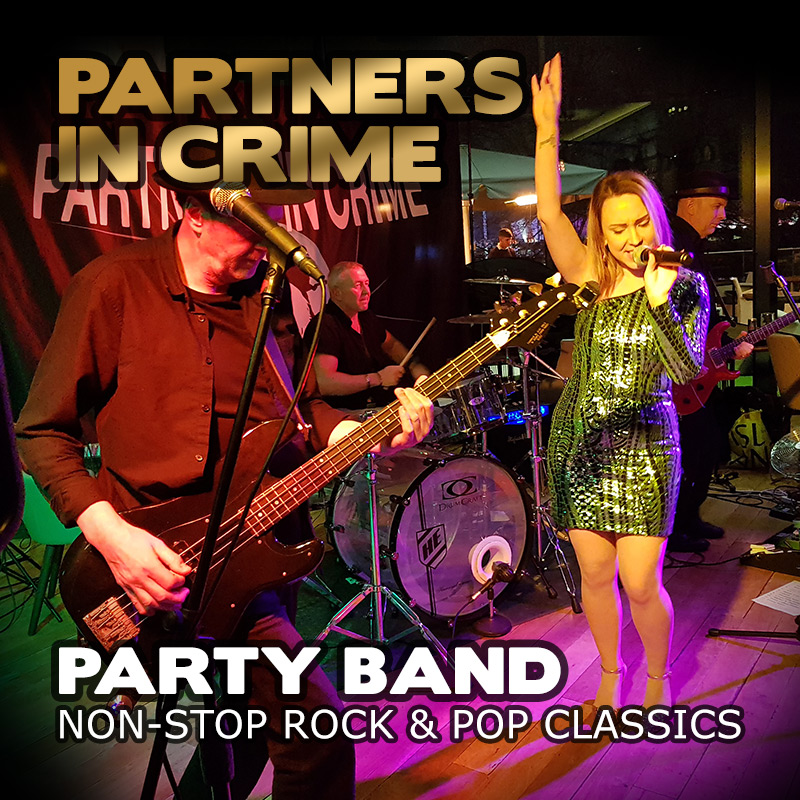 Partners In Crime Party Band play the best dance floor fillers from the 60’s to present day, all performed with enthusiasm and passion guaranteed to make your event a night to remember! Partners in Crime’s experienced, and accomplished musicians will not only perform the perfect music for your event but will also deliver it with humour to make sure your guests are fully entertained and smiling throughout!