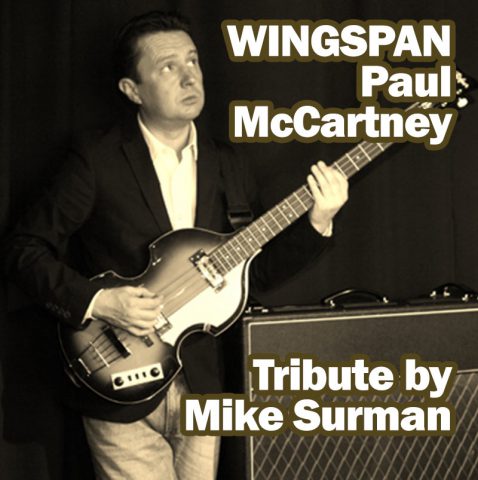 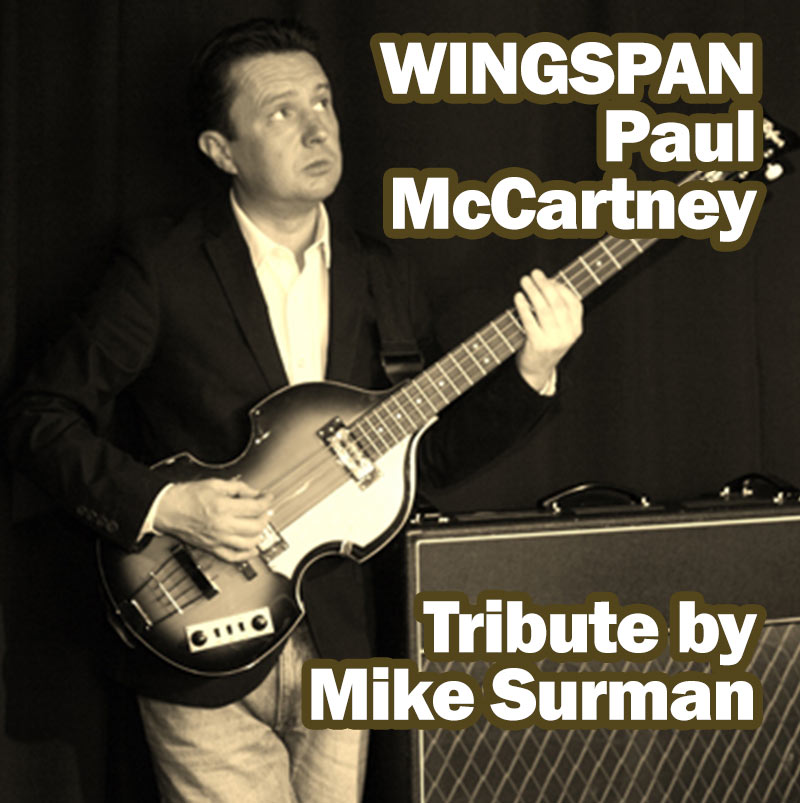 Wingspan is the ONLY solo tribute to the music of Paul McCartney performed by Mike Surman current frontman of the Naked Beatles, the UK's leading and most authentic sounding Beatles tribute and described by Tony Hadley as a fantastic vocalist.

For the past 15 years Mike has supported and performed with dozens of stars including soul legend Ronnie Spector from the Ronettes, the original Martha Reeves, 10cc, Go West, Belinda Carlisle and Paul Carrack. All backing tracks are produced to a very high standard and backed by Mike on Bass, Acoustic Guitar or Piano, sometimes even ukulele!

The first half includes some of Macca's greatest solo hits such as Band on the Run, Jet, Silly Love Songs, Live and Let Die, Let 'em In and Maybe I'm Amazed. The second half consists of Paul's best known Beatle recordings such as I Saw Her Standing There, Get Back, Daytripper, Lady Madonna, She Loves You, Can't buy me Love, Hey Jude and many more floor fillers. A Lively and busy nights entertainment is guaranteed for all!